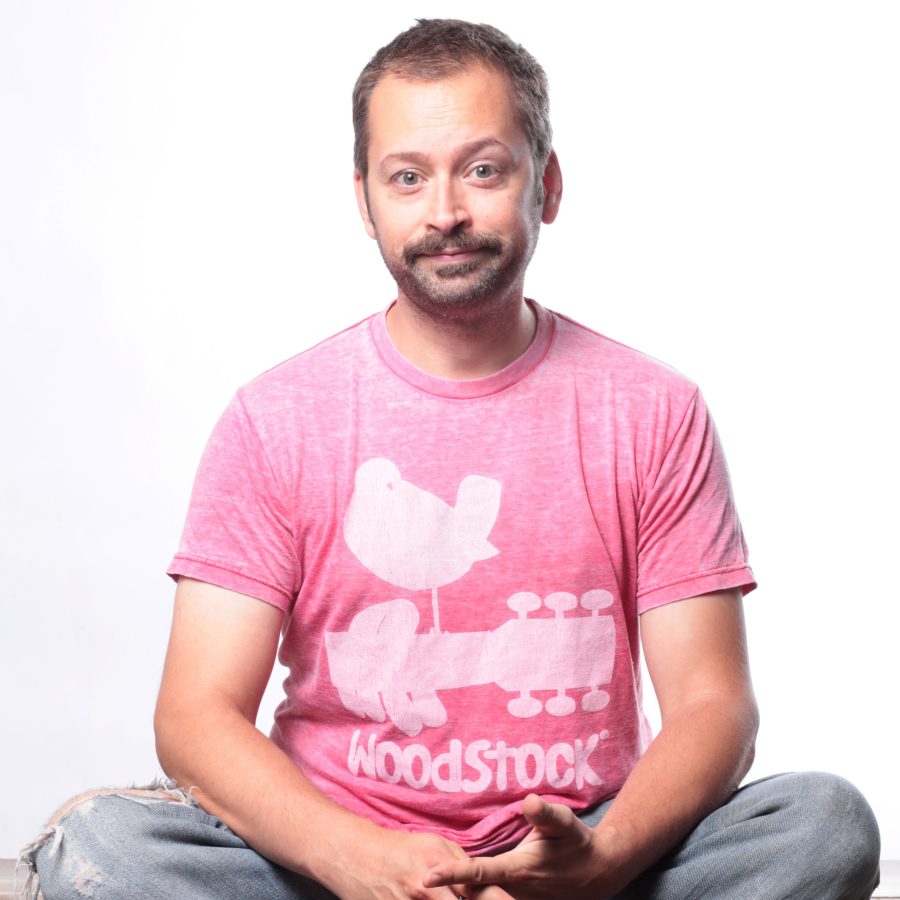 Pete is an Audie Award-winning narrator.  When he was 11 years old, Pete sent a cassette tape to an address he found at the back of a magazine advertising auditions to narrate audiobooks.  He chose a selection from Dandelion Wine.  He was not hired.  At about this same time he stowed a cupcake in his knit hat walking home from school.  Crumbs for days.

Zip forward several decades and you can find Pete in his home studio.  He now narrates and produces audiobooks for a living.  Pete has narrated over 100 titles, has multiple Earphones Awards, three Audie finalist nods, and was nominated for a SOVAS award for his narration of Moby Dick.  He received the 2022 Audie Award for YA narration of Ryan La Sala’s Be Dazzled.

He no longer wears cupcakes in his hair.

Favorite genres include YA, classics, and nonfiction.

Dungeons & Dragons: Into the Jungle