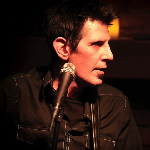 Bret Levick is an acclaimed recording artist/songwriter/producer/mixing engineer who’s music can be heard in hundreds of network and cable TV shows, trailers and feature films

including most recently: Lucifer, Sons Of Anarchy, Shameless, Underground and The Call. His client list includes Apple, Universal, EMI, Sony, NFL, MLB, NBA and NASCAR among others.

Bret has also enjoyed editing and mastering nearly 150 audio books for Bee Audio since 2014 where he brings his obsession for audio quality and his commitment to teamwork.
When he’s not editing, recording, mixing or producing out of his his studio (French Bulldog Sound) in Talent, OR, you might catch Bret’s roots rock band, L.E.F.T., performing in theaters, wineries, festivals and other local Southern Oregon venues.
On a more personal note, Bret is a dedicated husband and father of one and in his spare time an avid political junkie/activist. 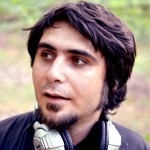 Andrei Tatu developed his passion about sound as a teenager, building his own speakers, amplifiers, and discovering the wonders of synthesizers.

Later on, pointing his attention towards post production, sound design and following the dream of becoming a sound engineer, he pursued studies in mixing at Berklee College of Music where he gained a keen interest for the nature and emotional influence of the human voice which led him into audiobook editing and now, when he’s not working for BeeAudio he spends his free time as a music producer and sound designer for independent games and personal projects. 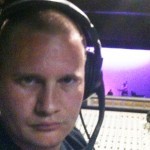 Doug Siebum‘s career in Audio probably started when he was in high school helping his friends who were in Punk bands load in their equipment for shows. Eventually he decided to get his A.A. in Audio Production from Sacramento City College.

He later went on to get his B.A. from California State University Dominguez Hills in Audio Recording. Since then he has held all kinds of positions in the wide world of Audio. He has worked for online radio, theater, in stadium broadcast for pro sports, broadcast tv, sound fx editing, re-recording mixing, live sound, and even as a stagehand just to name a few of the positions that he has held. One of the highlights of his career was working as a stagehand for Marilyn Manson at Sunset Strip Music Festival in 2012 when the [then] two remaining members of the Doors got up on stage and they started performing “People Are Strange” together. Doug enjoys music, martial arts, working on movies, and spending time with friends. If you want to know more about Doug Siebum, you can read about him in the book Beyond Sound by Scott L. Phillips, Oxford University Press. 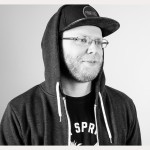 After graduating the Conservatory of Recording Arts and Sciences in Arizona, he set sail to sunny Los Angeles and the world of film and TV post production. During his time in LA he worked as a re-recording mixer, sound editor, and dialog/ADR recordist. When he wasn’t chopping up dialog, Justin was an active member in the music scene serving as a live/studio drummer for various musical projects.

Fast-forward to 2012 and a month long road trip later, he was lead to “sunny” Portland. Justin spends his time playing drums around town and is currently working towards an EE degree with an emphasis in frequent napping. 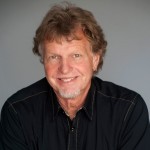 Blame it on a life-long love of language and dialects, particularly those of the American southeast where he’s from, coupled with several decades as a musician and producer fascinated with the workings of recording studios, sound quality and the mechanics of audio recording.

All have served to prepare Bob Evoniuk for his work with BeeAudio. As the father of two successfully grown and launched children, a musician and small business owner, Bob understands the value of teamwork for a fine-tuned enterprise such as BeeAudio. When not engineering or editing for BeeAudio, Bob can be found in the kitchen cooking up something good with his sweetheart or out with his band buddies playing bluegrass music. 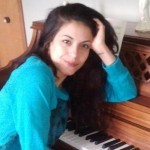 Paula Carmicino attended New York University’s Film and Television program, specializing in video and audio editing. Since then she has worked editing audiobooks for New York Audio, Perkins School for the Blind, and now Bee Audio.

Her love of words and sound has also been the catalyst for one of her biggest passions – producing original hip hop music and rapping.