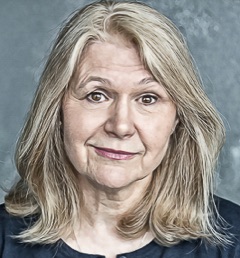 A graduate of The Guildhall School of Music and Drama, London, Lisa was born in rural Somerset, then emigrated to Melbourne, Australia after marrying an Australian. She then appeared in numerous TV shows (including the international Aussie hit Neighbours), in film (including the female lead in Cool Change as a mountain cattle farmer), in radio dramas and in theatre. With a natural flair for accents, comedy and creating characters, Lisa returned to the UK nearly twenty years ago, to be seen in theatre and on TV, and heard as a voice artist in animations, e-learning, and short story and audiobook narration.

A Murder at Rosings

The Battle for God

A History of Jerusalem

In Her Own Words