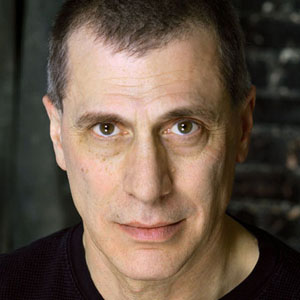 Alfred Gingold’s first theatrical career ended when his first book, Items From Our Catalog, became a New York Times best seller. Twenty-something years and nine books (including Dog World and the Humans Who Live There and–with his wife Helen Rogan–The Cool Parents’ Guide to New York) later, he resumed acting in 2008. Since then, he’s appeared in plays, movies, Webisodes, a PSA and several commercial spots. Alfred lives in Brooklyn with his wife, son, dog and a collection of vinyl records that is somewhat better preserved than he is.

Later At The Bar