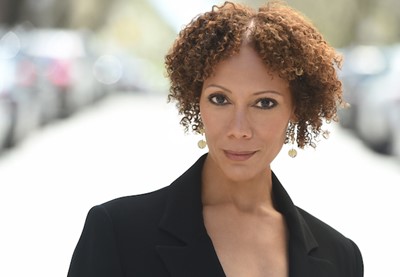 Robin is an AudioFile Golden Voice, 2014 Booklist Voice of Choice, and Audie and Earphones Award–winning performer, as well as a Grammy finalist director in genres from sci-fi to memoir to erotica. AudioFile calls her “a performer who never disappoints.” One of Robin’s special talents as a narrator and voiceover artist is her chameleon-like ability to re-create accents and speech patterns from all corners of the globe. For her, becoming a narrator was a natural outgrowth of the lessons of her grandfather, a renowned Jamaican professor of English. “My grandfather could recite passages from Shakespeare and The Iliad at a moment’s notice,” says Robin. “He recited poetry and sang folk songs from around the world to me … before I could even talk.” In addition, she describes the New Jersey neighborhood where she grew up as like a mini–United Nations, exposing her to a range of different cultures and accents. “I grew up around a lot of first-generation immigrants. Jewish, Irish, Cuban, Egyptian, Italian, German, and Vietnamese families all were on my block,” she recalls. “And I enjoyed hanging around the adults, so I got to spend time in their homes, listening to their accents, enjoying their cooking, and learning about their cultures up close and personal.” A dancer and vocalist, Robin spent her early years performing in musical theater, but before long, she discovered her love of drama, especially world classics. She earned a BA in theater studies from Yale University and an MFA in acting from the Yale School of Drama. Robin also attended the British American Drama Academy in England.