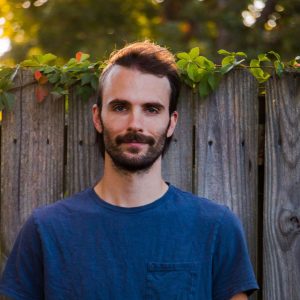 Tim started recording music on a tape to tape karaoke machine, layering the guitars and vocals separately and was hooked. He got some recording gear for Christmas and didn’t look back. He went to the Atlanta Institute of Music for Guitar and Audio Engineering and honed his skills.

But audiobooks had been a part of his life from an earlier time, when he listened to the Ninja Turtles audio tape that accompanied a comic book. He listened to that tape over and over. Little did he know, audiobooks would be such a big part of his life later on. Carpentry would be his second hobby, building things out of wood is something he finds quite relaxing. Just recently, he built a tiny house inside a tractor trailer. Based in Atlanta, Ga, he enjoys loud music, southern BBQ, and sweet tea.