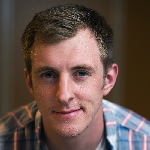 Ryan is a Canadian playwright with a BFA from the University of Florida.

An avid reader since he was child, it seemed only natural to pursue a career in story-telling and imagination. Ryan has spent the past thirteen summers working at The French Woods Festival of Performing Arts, which is largest performing arts camp in North America. Throughout his time at the festival he has written and directed numerous productions and developed a passion for working with youth in artistic settings. Ryan is also the Artistic Director of Suitcase Theatre, which is a Theatre for Young Audiences company based in Toronto which provides arts education to schools in need.