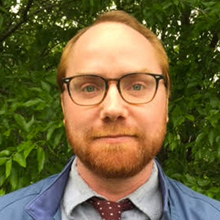 Michael Kitson‘s ear for audiobooks was first piqued by his parents’ nighttime reading of classics such as the Narnia Chronicles and the Little House series. Michael’s interest in audio engineering began when, as a teen, he started recording his own music with a cassette 4-track.

He transitioned to digital audio recording and live sound while attending Southern Oregon University for music. Michael then worked for Blackstone Audio, engineering and editing dozens of audiobooks before relocating to Portland, Oregon where he is currently an active music performer, live sound technician and audiobook engineer.