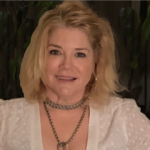 With 25+ years in television and radio production, Bethan has an ear for audio, an eye for art and a head for attention to detail.

Born in Bermuda to a Welsh father and English mother, her travels began before she could walk and has since been around the world for production assignments and pleasure.

A lover of both written and spoken words, she gave herself a challenge in early adulthood: every other book she read had to be by a winner of the Nobel Prize in Literature award. This increased her fascination with world cultures, local customs, people and art, which continues to grow alongside her air miles.

Having drunk Pinot Grigio in 40+ countries, she’s crossed the Atlantic over 300 times living between Los Angeles and London.